Having reached international stardom with the multi-platinum, Oscar winning song "Let It Go" from Disney's global box office smash Frozen, Idina Menzel comes to Jay Pritzker Pavilion on Sunday 16th August! Embarking on a world tour, Menzel is set to wow audiences with her “tear-the-house-down voice and commanding personality.” Seamlessly traversing the worlds of stage, film, television and music, she has received multiple awards for her incredible performances. Idina made history as the first person with both a Billboard Top 10 hit and a Tony Award for acting and we are thrilled to have her with us! Tickets are available now for this truly unforgettable night. Make sure you pick up yours now to avoid disappointment as they're bound to go quickly! 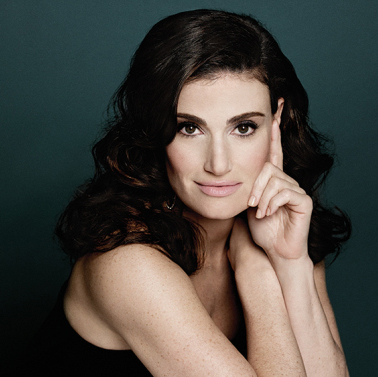 Rising to fame with her performance in in the Broadway musical Rent, in which she reprized her role for the 2005 film adaptation, Idina Menzel is now an international Broadway superstar. Menzel played the lead role of Elsa the Snow Queen in the Disney movie "Frozen", performing the now smash hit song "Let It Go", which has featured in music charts internationally. The stunning songstress has picked up numerous awards for her performances and will carry on her success with a huge North American Tour!